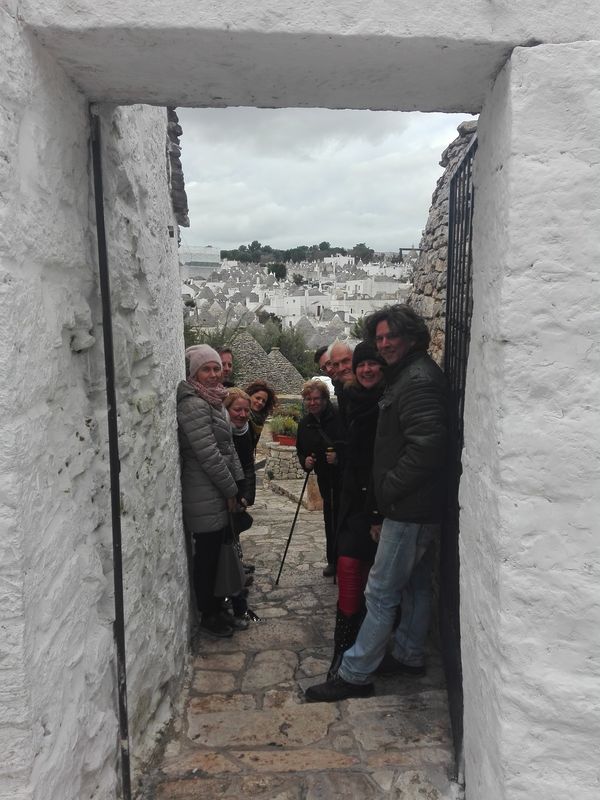 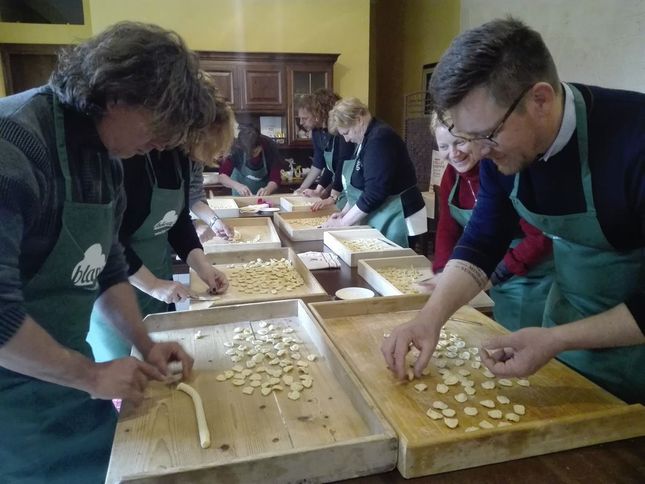 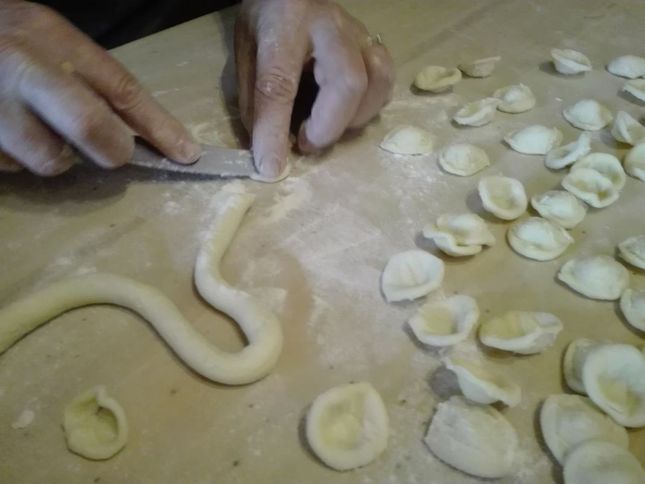 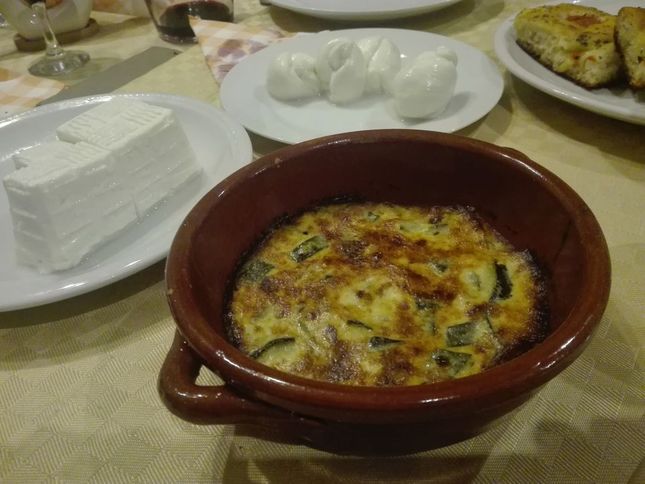 Together with members of Planta Association the ZRC SAZU team have visited Alberobello, Matera and Torre Canne (Italy) and tested their culinary experiences.

Together with members of Planta Association the ZRC SAZU team have visited Alberobello, Matera and Torre Canne (Italy) and tested their culinary experiences. During past months members of Planta Association, who are stakeholders on the MEDFEST project have been developing culinary packages Kras Carso Food Tour. It was crucial to them to test similar culinary tours and degustations to see what and how can be improved their culinary packages.

One of the culinary experience ZRC SAZU team participated was a tour named »Discovering Alberobello and Mediterranean cuisine«. Alberobello is included in the Unesco heritage and during a guided tour we learned about local specificities which influence also food varieties and tastes. In a local farm they participated in a cooking class of making local pasta »orechiette« which later became our lunch. The experience was very valuable because the team learned good and not so good aspect (e.g. what is not supposed to be done on a boutique culinary package). All activities experienced empowered and encouraged our stakeholders to finalize their spring culinary packages which will be promoted on May 9 this year.

All news
Back to top